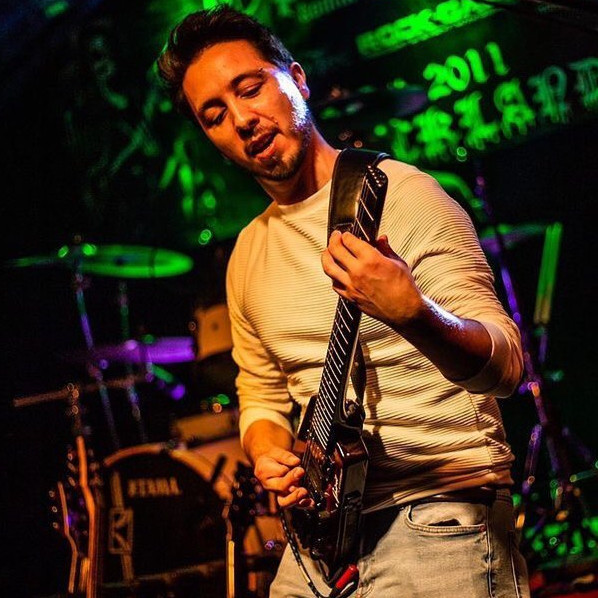 Since the age of 14 his interest in music manifests itself in the electric guitar and singing, forming several musical projects using rock and metal influences.

The first demos were from the musical group Sadinedge, where they participated in local competitions in Santiago of Chile.

In 2015 they decided to make compositions and musical productions independently and started the concept album "A Night of Mourning". This independent and self-financed project had several collaborations such as Edgardo Moraga (Soco), who made the string and brass arrangements and played the drums in the songs "A Night of Mourning, "A Farewell (Part One)", "The Edge". Felipe Llanos, mining engineer and known as former drummer of the band Bleak Flesh, played drums in the songs "A Farewell (Part Two)", "I'm Still Here", "Second Impression II" and "Strength".

María Graciela Antivero, a lyrical singer from the University of Chile, participated in the female lead vocals, giving an outstanding and fundamental interpretation to the concept album.

The official release of "A Night of Mourning" was on December 1st, 2017, through paid digital platforms such as Amazon, Apple Music, Spotify and more. You can also find the full album on the Youtube channel "Wladimir Rojo".

Since 2016 he has had a participation at Universidad Academia de Humanismo Cristiano as a teacher in music production field until 2018.

From December 2017 to June 2018, Wladimir Rojo had a participation as recording engineer in drums and mixing engineer of the album Dreams in Darkness of the chilean band Battlerage, a budget project, that was released on September 5th of 2018.

The participation of Wladimir Rojo with the record label Libe Music as a mixer engineer and mastering engineer got place more and more through the years and some artists that are involve are until now popular music projects as Edgardo Moraga, VAL, Sebastián Olguín, Ignacio Lyon with micro and full size musicals.

Wladimir Rojo is nowadays a Music Producer, Official Certified Trainer of Steinberg and Specialised in IT based in Berlin, Germany and working officially in his field.